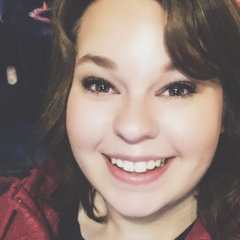 Emily graduated from Vancouver Film School with a Diploma in Foundation Visual Art and Design and a Diploma in Film Production. She has since worked on two independent feature films as a Set Decorator. She has also worked on a made for TV Christmas movie as an assistant property master. Emily has a deep passion for production design but is currently exploring the post production world and is working as a production assistant at a Visual Effects and Animation studio in Vancouver. She is excited about the prospect of working with her VFS classmates once again!