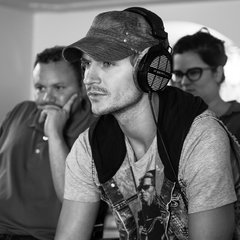 Chad Rook is a professional actor/director who has starred in many Hit TV Series such as "The Flash", "Supernatural", "Once Upon a Time", "Timeless", "War for the Planet of the Apes" and is currently starring in the hit Mermaid Series, "Siren" and the recently release horror film, "Extremity". His directing highlights include a Sketch Comedy Series, "Fineline", the comedy Feature Film, "The Perfect Pickup", multiple Music Videos for various artists and bands and is currently working on his next Feature Film, "The Asylum" and a Comedy Series, "Never Have I Ever" which he also co-wrote and is also starring in.