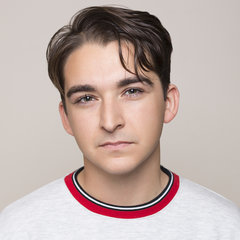 With 20 years of experience in the TV & Film industry filmmaking is second nature to me. I began as an actor performing in theater, tv, and film at a young age. Once I was old enough, I started performing stand-up comedy, writing and directing sketches on Youtube. In 2017, I Co-wrote, Co-Produced, Directed and starred in my first short film 'Behind The Content'. In 2019, I Storyedited and Co-Directed another short film which will be out in festivals early 2020. I plan to continue working hard to seek stories that need to be told and achieve my goal of being a working Filmmaker.