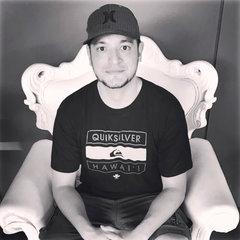 COMPOSER | SOUND DESIGNER | AUDIO ENGINEER | SONGWRITER | POST MIXER I’m a trained audio professional working in these areas of sound. I love the role that music and sound play in the overall experience of film, video games, VR, and other new media. Being able to contribute to these experiences has been an absolute pleasure and I’m excited for what cool projects will come next. Some highlights include: •Sound Design and Post Mixer for International award winning short film “The Curtain”, screened at 15+ festivals •Recording Neil Patrick Harris’ audiobook “The Magic Misfits” •ADR, sound design, audio engineering and editing for various international anime and animation series (under NDAs) •Received radioplay for singles “On The Edge” and “The Scene”.