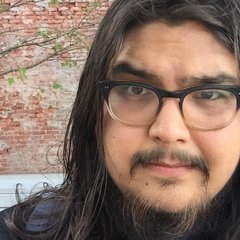 I've wanted to make movies since I was young, so multimedia and theatre and arts classes dominated my school days. I then went to capilano university, studying Cinematography for one year, film production for two, and a year of liberal arts. I have been making short form content for the past decade in various forms, but mainly I've been making music videos independent.y. I recently worked a year as the in-house videographer at light organ records, and I left to pursue more creative options, like writing plays (I have a play I am working on now that opens January 2018 in Toronto) and working on my feature film scripts, which I plan to start producing as soon as possible. If only I wasn't constantly still working on music videos!