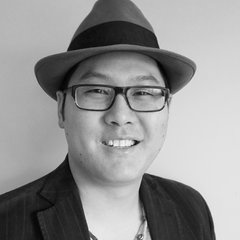 My journey as a filmmaker started in 2007 when I made the bold decision to follow my heart and move to Vancouver from Edmonton to attend Vancouver Film School. In 2008, I graduated from the Foundation of Arts & Design program and then in 2009 I completed the Film Production program as well. During this time, I made a number of short films and documentaries in a variety of roles from: director, producer, writer, and art director. In 2012 I enrolled in the Writing for Film & TV program at VFS. This was the best decision I've made in my life because it made me do one thing everyday: WRITE. I finished two feature scripts, a comedy TV spec and numerous shorts in that year. My professional goal: To chase the DREAM, not the COMPETITION. My dream: To have one of my movies in a theater near you.