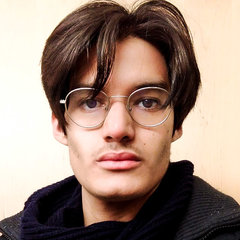 He/his Editor, photographer, and screenplay writer based in Vancouver. My experience as an editor in the local scene includes the short films Everything's Great!, Pieces of Light, Unspoken (2018), and Keyboards (2018) a short film also written and directed by me. My work also includes the trailer for Bruce Sweeney's KINGSWAY (2018) which screened at VIFF and TIFF. Experienced in the festival circuit as well, holding positions at the Vancouver International Film Festival, Latin American Film Festival, and Cannes Film Festival. Presently the producer and host for the UFSA Podcast, a show dedicated to the discussion and dissemination of local film productions, filmmakers, and film theory. I am currently working on the screenplay for a second short film, aiming to start production in 2020.