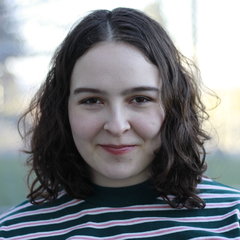 Currently enrolled in a one year screenwriting program at VFS. Previously took a six month program for Acting for Film and Television, and a nine month program focusing on Improv, Sketch, and Stand Up comedy. I'm passionate about writing comedy, and occasionally fantasy and science fiction, with a dream of writing for Television.