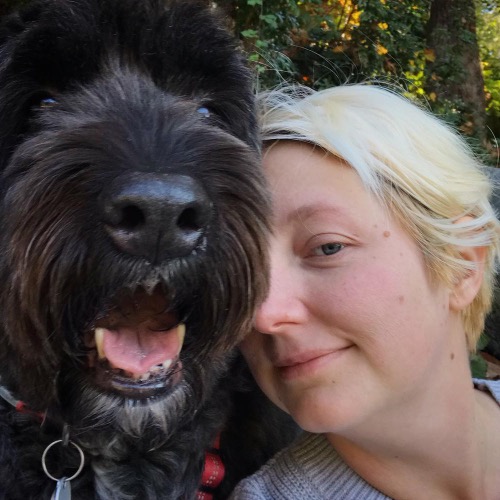 Phoebe Titus is a Canadian-American artist who brings a fine art background to her work as a VR creator, animator, and colourist. Pursuing a love of immersive art, she collaborated on live-theatre productions for which she created hand-painted animatics projected to augment sets for the shows Casey and the Octopus (2020,) Storyboard: The Hobbit (tm) (2018,) Treasure Island (2017,) & Hitchhiker’s Guide to the Galaxy parts 1 & 2 (2016 & 2017.) She is currently producing and art directing the VR projects, A Wall Opens, (in pre-production 2020) a surreal, hand-painted VR escape room, and its prequel, Hickory Horned Devil, (in production 2021.) She is the co-producer, animator and colourist on the short film, ENDOMIC (2020) directed by Camille Hollett-French that opened at Slamdance 2021.