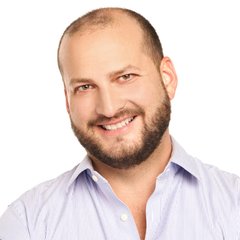 Taught on the front lines by the people on the spectrum, Social Visionary, Dean Svoboda is an award winning Community Builder. As the Founder and Executive Director of the Autism Aspergers Friendship Society, Dean has been recognized by his community; Winner of the Donald Norman Memorial Award for Outstanding Contribution to Disability Arts as well as the Culture Recipient of the Beth Drews Scholarship. He is a past winner of Social Venture Partners Fast Pitch and was named one of Avenue Magazine's Top 40 Under 40 in 2013. In 2009, Dean began The AAFS Movie Project with a simple goal of giving kids on the spectrum the chance to make movies. Years later and The Project now has 5 feeder programs and hundreds of videos/sketches and a plethora of the most creative folks you will ever meet.