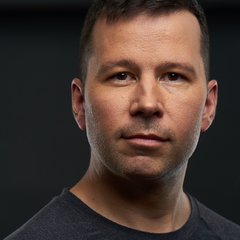 A professional FCPX editor with over 12 years of industry experience, as well as an independent producer, writer and director. My unique style within the medium comes from the influences of my favourite filmmakers David Lynch and Alfred Hitchcock. Producing the popular web series BEHIND THE ROCK, through various short films, to collaborating on a series of PSA projects for the Kettering Foundation. My largest project to date is the pilot ONE MORE, which I wrote, produced, directed and edited in New York City during the fall of 2015. Current projects include the documentary Thrill Seeker, focussing on the life of actor Peter H. Kent, former longtime stunt and body double for Arnold Schwarzenegger, from The Terminator through to Jingle All the Way.